Violence against doctors on rise in Bihar, 9 cases filed in 2 months 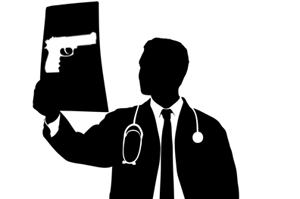 A spurt in number of cases of doctors being threatened, assaulted and even abducted for ransom has been reported from Bihar in the past two months.

Since September 30, nine cases of violence against doctors have been filed with six of these instances taking place after the Nitish Kumar-Lalu Prasad combine formed the government with brute majority.

In five cases, medical practitioners were assaulted for extortion; there are two cases of demand for ransom

A doctor was shot at on Nov 24 for refusing to pay ransom and another has been allegedly abducted but police have filed a “missing person” complaint.

In some cases, doctors have already negotiated and paid the ransom without getting us in the loop; they fear for their life,” said president of the Indian Medical Association-Bihar, Dr Sachchidanand Kumar.

On Monday, Dr Manjay Kumar, an Ayush (indigenous medicine) practitioner, was reportedly kidnapped from Supaul. The police have, however, registered a missing person’s case.