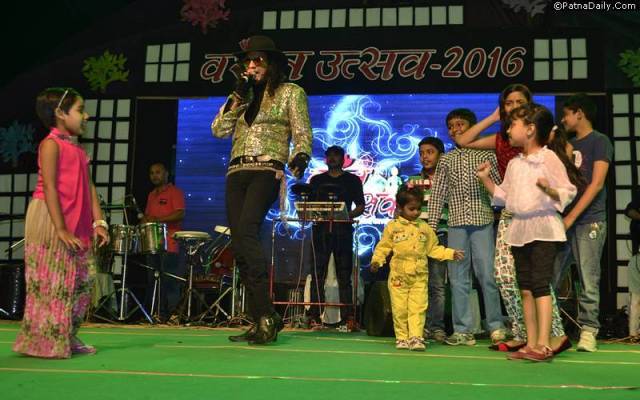 The two-week long spring festival, organized by the Sri Krishna Memorial Development Committee, began with the stage presence of noted Bollywood singer Vinod Rathod and Atreya Mukherjee who kept the audience captivated by belting out one popular tune after another.

Speaking on the occasion, Patna Divisional Commissioner Anand Kishore gave details about the spring festival saying each day of the two-week cultural event will feature a special program with a new theme. “For example, on March 8, the programs will mark the International Women’s Day. Television stars Pratyush Bannerjee and Ratan Rajput will be present on the occasion. March 9 will highlight Prohibition and ill-effects of alcohol abuse,” Kishore said.

The Spring Festival also boasts dozens of stalls to fancy the taste of people of all ages and walks of life including food stalls, dress shops, beauty parlors, and even luxury automobiles like Mercedes Benz, Audi, and BMW.